The Dichotomy of Public/Private in the New Media Space

Today we exist in a situation in which the new media environment has resulted in paradigm shift in our conception of reality, altering public spaces and communities, as well as functional modes and mechanisms of the private sphere, through the creation of new digitally-intermediated methods of communication. In a mediatised culture, the boundaries between public and private have been fundamentally transformed. Multi-screening has created a new mode of visibility for social cultures and subcultures, which, if it does not exactly abolish the boundary between private and public, at least allows us to rethink this dichotomy. Having thus established a new mode of visibility, the advent of new media has led to the sphere of private life being absorbed by the public sphere, in the process not only of facilitating discussion, but also in becoming a means by which control is exerted by the state, the market and advertising. In turn, in coming under the domination of specific private or group interests, the public sphere itself has been transformed. While, in coinciding with the interests of other groups, these interests may achieve temporary commonality, they cannot be truly public in the original universal sense. The use of multiple Internet portals in living reality creates a distinct or alternative level of virtual publicity. No longer requiring the usual physical spaces to regulate his or her inclusion in both virtual and traditional public spheres, a user of contemporary gadgets creates a remote and individually-tailored model of public interaction. This process of virtual individualisation indicates the ambivalent nature of the networked public sphere. While, on the one hand, in engaging in collective interaction and concern for common affairs, politically-active people need the presence of others, on the other, the fact of being rooted in their own experience results in the creation of burgeoning personalised and fragmented hierarchies. 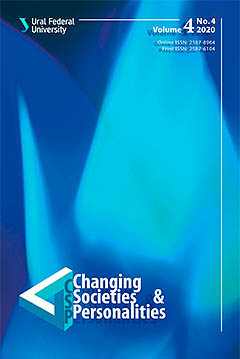