Gender-Related Attitudes toward Homosexuality in Greece

The purpose of this study is to investigate the relevance of the “Attitudes toward Lesbians and Gay Men” (ATLG) Scale developed by G. M. Herek to the Greek society. The study consists of two stages or sub-studies. At the first stage, the sample consisted of 186 undergraduate university students and at the second, 254 undergraduate university students, who studied at the Department of Physical Education and Sport Science, Democritus University of Thrace in Komotini, Greece. Methodologically speaking, our research relied on the methods of descriptive statistics, exploratory factor analysis, confirmatory factor analysis, reliability analysis (Cronbach’s α, composite reliability and average variance extracted) and t-test for independent sample.  The results of the first stage showed that the two factors, men’s homophobia and women’s homophobia, accounted for 58% of the total variance. At the second stage, three confirmatory factor analyses were performed: men’s homophobia, women’s homophobia and total homophobia. We also found gender-related differences in students’ attitudes to homosexuality, but only as far as male homosexuality is concerned.

Christos Konstantinidis is a PhD Candidate at the Department of Physical Education and Sports Sciences of the Democritus University of Thrace. His postgraduate studies were undertaken at the Department of Psychology of the Aristotle University of Thessaloniki. His research interests cover psychology, sport psychology, and systemic therapy. Among the main publications are: Does Education Level Differentiate Adults’ Attitudes Towards Physical Activity during COVID-19 Pandemic? A Preliminary Study (co-authored, 2021). Aquademia; The coronavirus pandemic (COVID-19) and Physical Activity: The important role of gender and age (co-authored, 2021). Archives of Hellenic Medicine; COVID-19 Lockdown and Physical Activity: How Do Sexes React? (co-authored, 2020). Aquademia.

Dr. Eleni Zetou is a professor in motor learning and volleyball, Department of Physical Education and Sports Sciences at the Democritus University of Thrace in Komotini, and a volleyball coach. She is a scientific collaborator in the field of training of D.U.TH., specializing in practicing methods in learning sports skills (modelling-contextual interference-feedback-focus attention-psychology skills-self talk) and teaching volleyball. She was a volleyball player for more than 20 years and played for the national team during 1972–1982 (Captain). As a team member, she played in one European Championship Cup, two European Cup winners Cups and one European Confederation Cup. The Greek Volleyball Federation has rewarded her twice for her contribution to the sport. Also, she has been a volleyball coach since 2003, mentoring teams in all national divisions, for the youth and junior women national teams and for the woman national team (assistant coach. During the past two years, she has worked in youth and junior volleyball developmental projects of the National Federation. Furthermore, she was teaching at the Hellenic Volleyball Coaches’ School from 1998 till 2013. She has attended numerous international congresses and she has taught seminars in Greece and abroad. She has published articles in national and international journals, as well as books about volleyball and volleyball in school. For more details:
http://www.phyed.duth.gr/undergraduate/index.php/en/dpers/dep/mdep16
http://utopia.duth.gr/~elzet/ezetou.zip 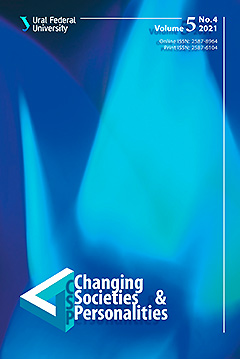