Solidarity, Religion, and the Environment: Challenges and Promises in the 21st Century

The relation among solidarity, religion, and the environment is a timely and pressing topic – or cluster of related topics. It has become clear that religion plays a salient role in forging social solidarity and, in the process, of shaping cultural perspectives that pertain to politics, education, the economy, and the environment.  In this article, I do the following: (1) I argue that religion and solidarity should not be treated as anomalies in modernity, and that both religion and solidarity continue to play a significant role in local and global events; social solidarity in particular remains an essential condition for addressing many challenges that confront the globe today, including social justice and environmental degradation. (2) Drawing mainly on the work of the social theorist, Emile Durkheim, I show the role solidarity plays in establishing freedom of conscience and individual rights (moral individualism), moral pluralism, moral education, economic justice, and political community; this broad discussion will constitute the greater part of this article. Finally, (3) I discuss the relation among religion, solidarity, and environmental degradation; I argue that religion and solidarity can provide important cultural resources to combat global trends that threaten the environment.

Mark S. Cladis is the Brooke Russell Astor Professor of the Humanities and the Chair of the Department of Religious Studies at Brown University. His main fields of inquiry are philosophy of religion, religious ethics, and theory of religion (including the integration of these three subfields). His work often pertains to the intersection of modern Western religious, political, and environmental thought, and it is as likely to engage poetry and literature as it is philosophy and critical theory. He is the author of Public Vision, Private Lives (Oxford University Press and Columbia University Press) and A Communitarian Defense of Liberalism (Stanford University Press), and over fifty articles and chapters in edited books. He is the editor of Emile Durkheim's Elementary Forms of the Religious Life (Oxford University Press) and of Education and Punishment: Durkheim and Foucault (Oxford: Berghahn Books). He has recently completed the book, In Search of a Course: Reflections on Education and the Culture of the Modern Research University. He is currently working on the book project, Radical Romanticism: Religion, Democracy, and the Environmental Imagination. 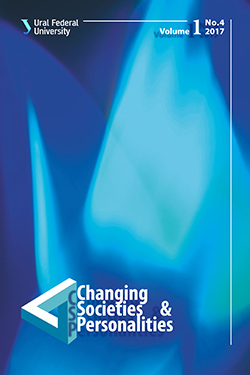