The article investigates the intellectual roots of the concept of colonial revolution, which goes back to the 2nd congress of the Communist International, examines its importance in shaping the Communist political thought and outlines its subsequent transformation in the wake of post-colonial theory. The author starts with analyzing the political ideas of Georgi Safarov—Comintern [the Communist International] theorist. He was among the most original thinkers who elaborated the concept of colonial revolution. Safarov, drawing from his own experience in Central Asia, insisted that global capitalism is “retreating to the positions of feudalism” while operating in colonies, treating them as collective “serfs” and lacking any proper social basis save for its own enormous military force. Such analogy led Safarov to envisage the colonial revolution as a “plebeian” revolt and liberatory war against the inhumane and stagnant colonial order, opening the way for a non-capitalist development with certain assistance from the Soviet Union. Similar ideas were independently formulated by Mao Zedong in the 1930s. He saw colonial revolution in China as a “protracted war” of liberation and listed the conditions under which victory was possible. However, the subsequent development of a former colony was seen by Mao as a transitory period of “democratic dictatorship”. Similar ideas of colonial revolution as a liberatory peasant war and “plebeian” movement were developed by Franz Fanon in the context of his own war experience in Algeria. Developing the idea of “plebeian”, peasant revolt and justifying the violence as the sole means of ending the rule of colonial power, Fanon at the same time differed from the tradition of the 2ndComintern Congress (represented by Safarov, Mao and the others) while describing the independent existence of former colonies. For Fanon, the worst consequence of colonial rule is not permanent backwardness but psychological trauma, an inevitable result of a brutal conquest which requires therapy. The author concludes that such conceptual transformation was stimulated not merely by the disappointment in Soviet and Chinese economic strategies, but also in the geographical and cultural factor which made the reintegration with the former colonial powers preferable to the direct “escape” into the socialist camp. 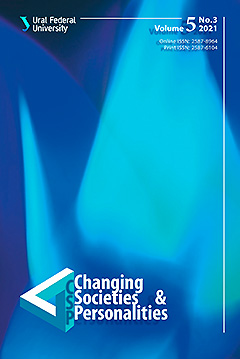