Oleg S. Kyselov is a Senior Research Fellow at the H.S. Skovoroda Institute of Philosophy of Ukraine’s National Academy of Sciences. He received his PhD in religious studies from Taras Shevchenko National University of Kyiv. He is the author of the book Феномен екуменізму в сучасному християнстві (Phenomenon of Ecumenism in Modern Christianity, 2009). He was one of the founders of the Ukraine’s NGO Workshop for the Academic Study of Religions (till 2018 – Youth Association for the Study of Religions) in 2004, and a member of its Executive Committee (2006–2011), Vice-President (2011–2013), and President (2013–2015). He is the Editor-in-Chief of the annual journal Релігієзнавчі нариси (Essays on Religious Studies). Currently, he is working on a doctorate thesis on scientific atheism in Soviet Ukraine. His main interests include sociology of religion, interfaith relations, history of religious studies and atheism. 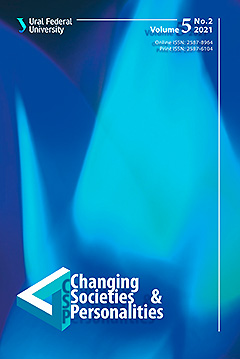