Belief Formation in the Social Context: A Bayesian Decision Account

A recent computational model argues that people’s beliefs arise from two basic sources: a motivation to be accurate plus other forms of motivation such as pursuing economic interests. Yet, this previous proposal has focused exclusively on the individual level of analysis, neglecting the question of how social contexts shape belief formation. The present paper addresses this by examining how group dynamics underpin the formation of beliefs. The argument is that different social groups vary in their beliefs because, at least to some degree, each group acquires different life experiences and is motivated by different incentives. At the same time, the proposal is that each group can influence other groups’ beliefs in three ways: by expressing opinions to other groups, by affecting the experiences acquired by other groups, and by setting incentives for other groups. This picture suggests that, within a community, three types of groups can often be identified: (a) the dominant groups, defined as those particularly capable of affecting other groups’ experiences and incentives; (b) the intellectual groups, regarded as those whose opinions are particularly influential; and (c) the subaltern groups, encompassing people with minimal power to affect beliefs of others. By examining influence dynamics among these groups, the paper investigates how consensus or disagreement emerge within a community. Altogether,  the paper offers insight on the interaction between social dynamics and psychological mechanisms that contribute to shape people’s beliefs.

Francesco Rigoli, PhD, is a senior lecturer at the Department of Psychology at City, University of London (UK). His current research focuses on applying cognitive psychology to explore topics in cultural psychology, such as ideology, religion, and ethics. 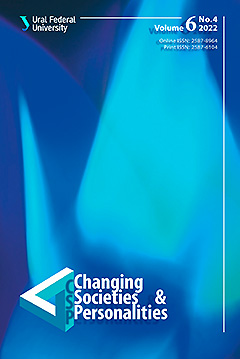