US, Russia, China and Africa in the Evolving Global Order

The relations of US, Russia, China and the African continent have evolved since the end of the Second World War (WWII). While the US, Russia and China were not colonial powers in Africa, their interactions between and among themselves had little to do with Africa emerging from the bondage of colonialism. With the rise of the Cold War, Africa became a space of great interest to these countries as they compete for influence in different spheres big power politics. Throughout the Cold War, Africa’s importance become significant as a source of vital resources and player within the institutions of global political and economic governance such as the United Nations. At the end of the Cold War in 1990s, the big took a different phase. The interactions of these countries with Africa declined drastically with expectation the US’s humanitarian engagement. Russia and China withdrew support to Africa as they both abandoned an ideological driven and hegemonic foreign policy in Africa in the post-Cold War era. However, the rise of China and the resurgence of Russia is gradually bringing back rivalries between and among the big, three powers in Africa. Previously viewed as an insignificant continent, Africa is increasingly occupying an important role as a critical partner in development, conflict resolution, peace and security.

Dr. David Monyae is the Director of the Centre for Africa–China Studies at the University of Johannesburg, South Africa. He holds a PhD in International Relations and has published widely; also he is a respected political analyst featuring in both national and international media outlets. In addition, he was part of the South African academic delegations to various countries, as well as to BRICS summits. 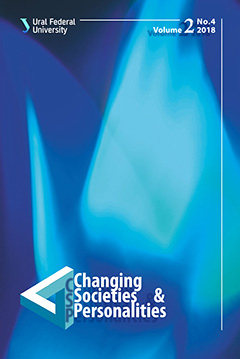