Beyond the Freakonomics of Religious Liberty

The paper critiques the prevailing liberal market economy models of religious liberty and religious encounter. In place of market models, this paper argues that values inscribed in gift exchange, hospitality, guest/host relations, in many cases, and to varying degrees, provide better alternative values to govern religious interaction than those of the market model. Instead of conceiving religion as commodity for “sale” – adoption, conversion – and instead of conceiving missionaries as salespeople for their religions, I propose that the encounter of religions could be better conceived in terms of guest/host, gift giver/gift receiver relations. “Freakonomics”, therefore, – whether in free market or monopoly form – does not, therefore, write the last page in the story of religious liberty.

Ivan Strenski is Holstein Family and Community Professor of Religious Studies at UCR. In recent decades he has traveled extensively and maintained close contact with scholars in Europe, Russia, North and South America, Asia. He considers his current role in bridging cultural and intellectual gaps between the countries of these regions. He is the author of the following books: Why Politics Can’t Be Freed From Religion (2010), Dumont on Religion: Difference, Comparison, Transgression (2008), The New Durkheim: Essays on Philosophy, Religious Identity and the Politics of Knowledge (2006), A Companion Reader to Thinking about Religion (2005), Thinking about Religion (2005), Theology and the First Theory of Sacrifice (2003), Contesting Sacrifice: Religion, Nationalism and Social Thought (2002), Durkheim and the Jews of France (1997), Religion in Relation: Method, Application and Moral Location (1993), Four Theories of Myth in Twentieth Century History (1988). 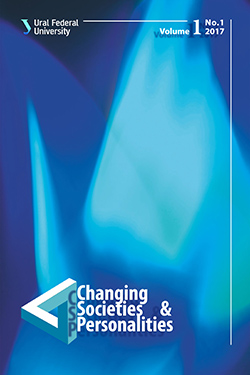