Religious Education in Russia: Between Methodological Neutrality and Theological Partiality

Religious education in Russia remains the subject of sharp public debates. The paper briefly observes the history of religious education in the country. Prior to the Bolshevik Revolution of 1917, religious instruction was an essential part of the primary school curriculum; the imperial system of religious instruction ended up with the Bolshevik revolution, and the subsequent Soviet decree of January 1918 that separated church from state and school from church. In Soviet times, religion had no place in the moral education of children. The fall of the Soviet Union, including its socialist ideals and educational prerogatives, led to uncertainty and confusion in the educational sector. Today, however, religious education is becoming increasingly important. By introducing Foundations of Religious Cultures and Secular Ethics in public schools and Theology in higher education institutions, the Russian Federation has asserted the state’s vested interest in ensuring the moral and spiritual development of its citizens.

Elena A. Stepanova is Doctor of Philosophy and Principal Research Fellow at the Institute for Philosophy and Law, Ural Branch of the Russian Academy of Sciences (Yekaterinburg, Russia). She was a visiting fellow at Emory University (Atlanta, USA) and Iliff School of Theology (Denver, USA). In 2010-14 she served as the academic director of the Open Society Institute-funded seminar “Religion: Maximalism and Minimalism”. Her main research interests are tolerance, inter-confessional relations, secularism and post-secularism, theological anthropology, religion in public space, Christianity in contemporary societies. 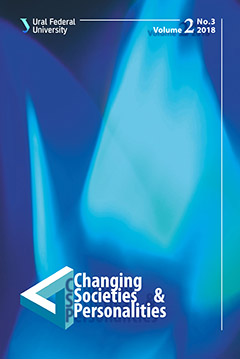